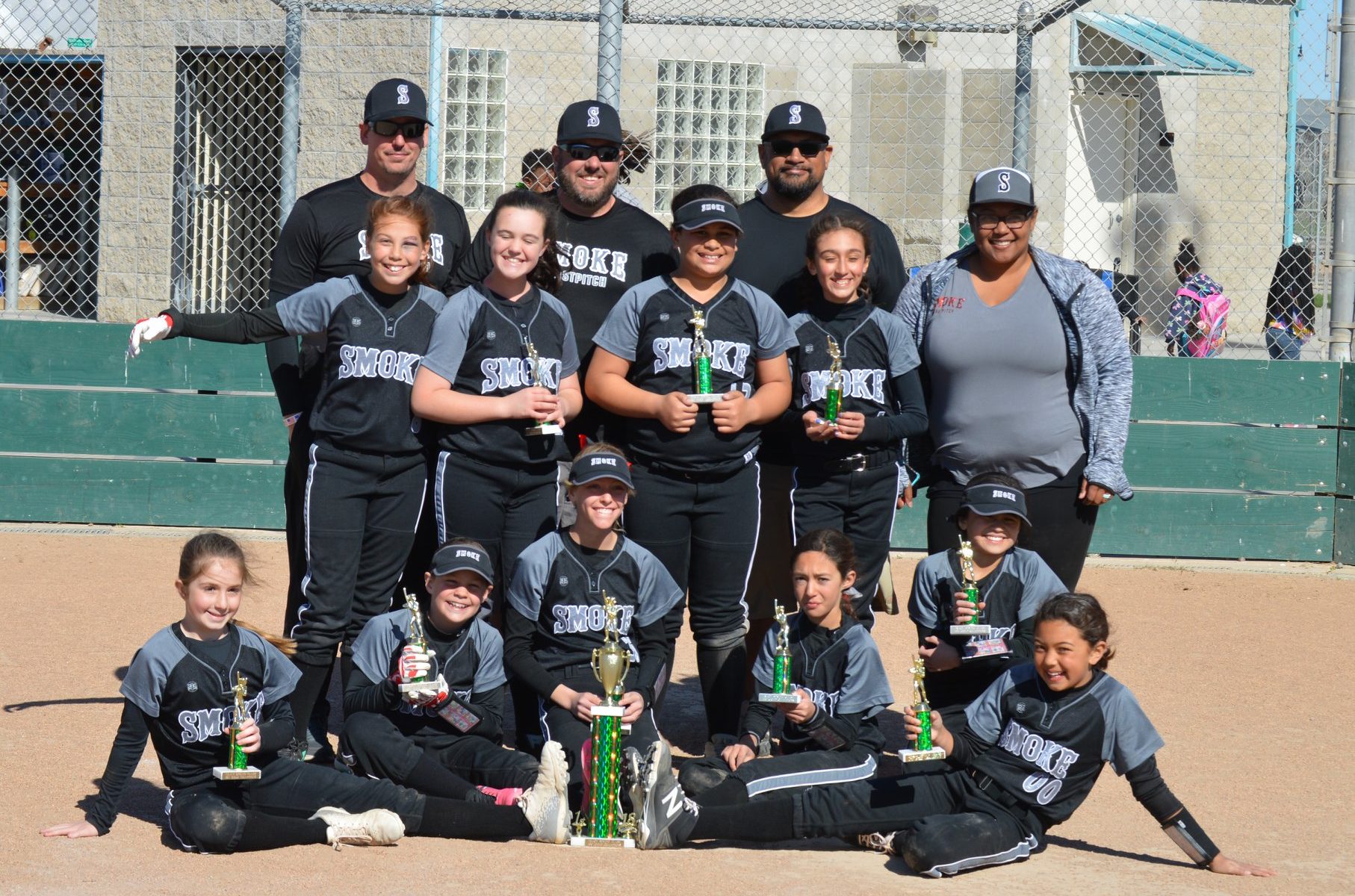 >> In game one, Lainey Macosky recorded 13 strikeouts against Oakdale Heat to help lead the team in a 6-0 no-hitter.

>> In a combined pitching effort, Romy Palmer ( 2 strikeouts), Jordynn Booe (3 strikeouts) and Kaylie Casados (2 strikeouts) lead the team to a 8-1 victory over Nor Cal Shockers

>> Sunday was a combined pitching performance! Lainey Macosky recorded 9 strikeouts in three innings, never allowing the San Jose Quicksilver a chance to put the ball in play. She had her second no-hitter of the weekend. The bats were alive early in the 12-0 win. Delaney Aumua leaded the team with 3 RBIs, with a a double and a triple.

>> Jordynn Booe pitched 5 innings with 10 strikeouts and two assists, in the championship game. She gave up one hit. The team rallied together to beat undefeated California Breeze 6-1 . Jordynn Booe and Delaney Aumua lead the team with two hits. Delaney Aumua had two triples and two RBIs. It was a great way to start off the Spring season.