Smoke Fastpitch went 5-1 in Sacramento this weekend and grabbed a second place finish in the Dudley State Championship.  A 5-3 loss to Folsom in the championship game was the only blemish on the weekend.

Kirsten, Addie, Maddie and Payten led the way in batting.  All hitting .600 or better for the 6 games, while the pitching core had an ERA of 2.609 over 382 pitches. 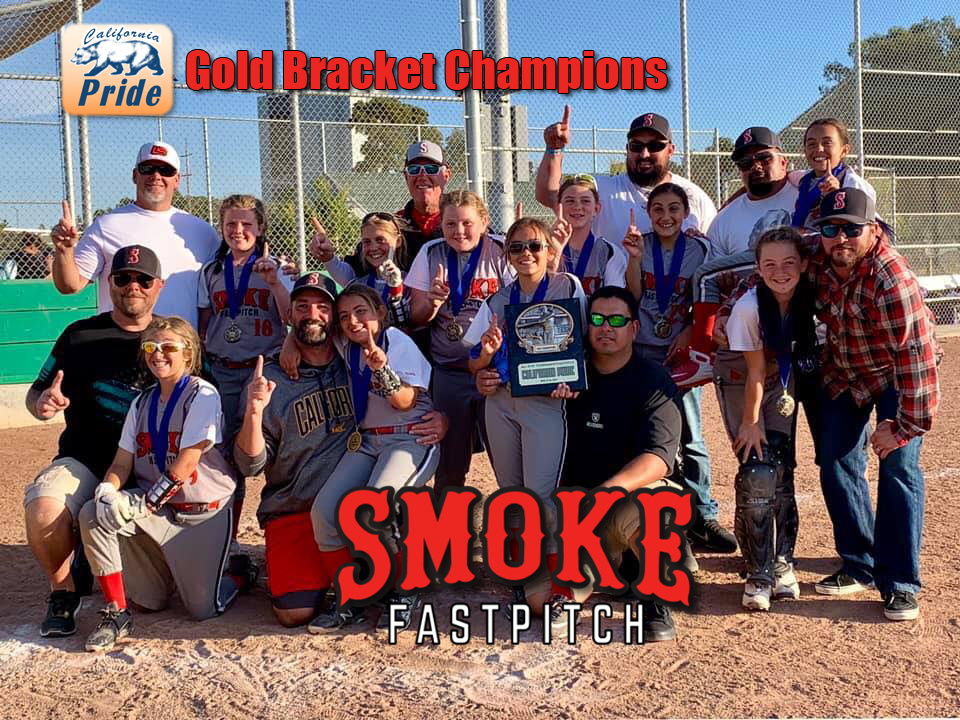 Smoke Fastpitch 10u was perfect last weekend!  The girls went on a 6-0 run staying flawless on Sunday with a 7-5 win in the Gold Championship game.

Tater threw a perfect game to get the Smoke rolling and they never looked back.  Every player got a hit, every player scored a run, every player got an RBI this weekend!  That is a total team effort!  Jersey and Addie lead the way with 7 hits a piece for the weekend! 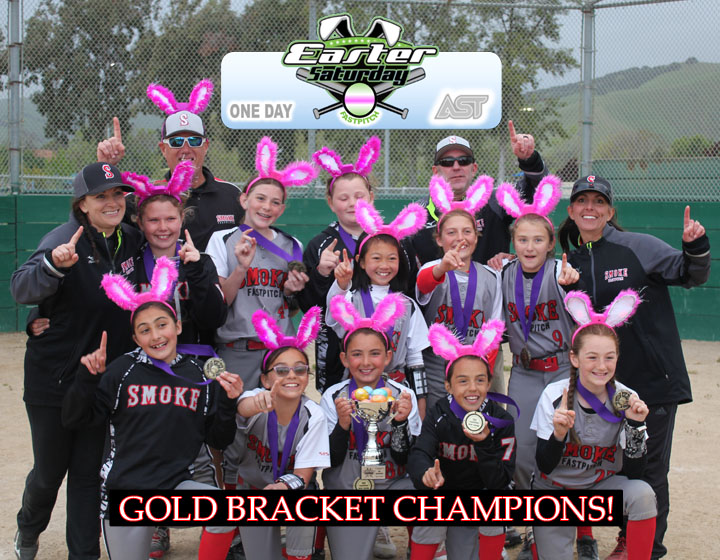 Rippy scored the winning run in a 2-1 victory in the championship game.  In a weekend where she hit .545 with two doubles, the run was the topping of a great weekend.  Williams got her first full action of the season with an impressive 4 for 8 performance. 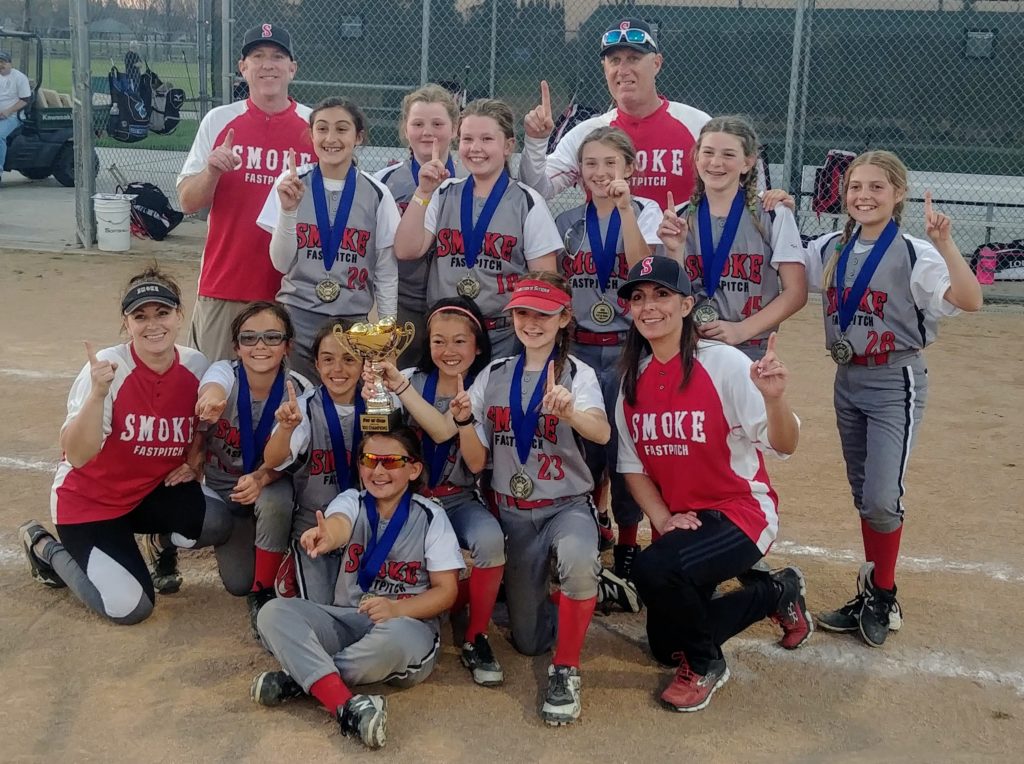 As the weather got hot, so did Smoke Fastpitch 10U .  A 4-2 weekend ended up with a 1st place revenge game win in the AST Pot of Gold tournament in Tracy.

Alicia hit .583 over the weekend and played an amazing CF, while Maddie and Addie each tripled, and  the pitching staff combined for an impressive 1.775 WHIP!